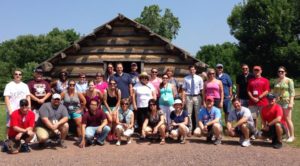 Patrick Spero has worked to bridge the divide between academic scholarship and the public. He has been involved in a number of public history initiatives throughout his career, including serving as Historian at the David Library of the American Revolution, leading teacher workshops for the Gilder-Lehrman Institute and National Endowment for the Humanities, lecturing about political leadership to business professionals and special groups, consulting on exhibits and other projects, and serving on various boards.

Please see below for some of Dr. Spero’s work. For a full list of his public history work, please visit his CV here.

Current Board and Advisory Service